World Bank raised its forecast for Russia's GDP growth in 2021 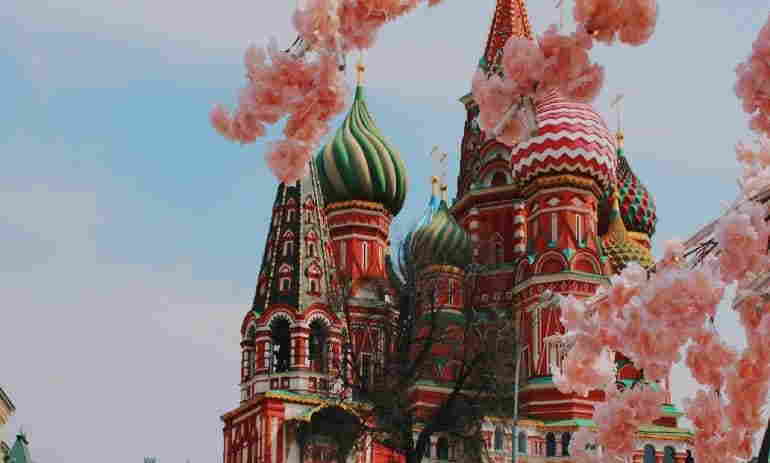 The World Bank has improved its estimate of the Russian economy's growth in 2021: under the baseline scenario, GDP will increase by 3.2% instead of the 2.9% it forecasted in March, the same dynamics will remain in 2022.
"The growth forecast for 2021 was revised upward because of the dynamics in the first quarter, which were slightly better than expected," the WB said in its traditional report on the Russian economy.

The recovery of the Russian economy, based on the growth of household consumption and investments, will be supported by the global economic recovery, higher oil prices and soft monetary conditions in the domestic market in 2021, the WB believes. In addition, consumption will be supported by a low level of international tourism activity. Growth momentum is expected to accelerate in the second half of 2021 on the back of expected further improvement in consumer and company confidence.

This baseline scenario assumes a gradual decline in new COVID-19 cases, bringing the economic recovery back to pre-pandemic levels in 2021. With the gap between actual and potential output closing in 2023, the economy should return to trending economic growth rates, albeit from a lower base (about 1.6 percent lower), the report says. In 2023, the bank expects growth to be 2.3 percent.

Overall, the global economic recovery and rising oil prices will support growth in the Russian economy in the medium term.

The Ministry of Economic Development expects GDP growth of 2.9% in 2021 (the ministry lowered it from 3.3% due to a smaller-than-expected drop in the economy in 2020). The Central Bank is more optimistic - 3-4%.

In addition to the baseline scenario, the WB also presented an optimistic scenario, which assumes active vaccination in the world and the removal of restrictive measures in countries earlier than planned, which, combined with stimulus measures, could lead to faster and more long-term growth of the global economy than expected. In that case, the Russian GDP would grow by 3.8% this year, accelerate to 4.8% in 2022, and 3.3% in 2023.

The pessimistic scenario assumes new pandemic outbreaks and the spread of new strains of the virus, which could lead to the need to maintain restrictive measures in more countries for longer. This would cause a much weaker demand for oil. Weakening demand and falling prices could lead to increased pressure on the OPEC+ agreement. A possible collapse of the agreement and a subsequent increase in production could lead to a substantially lower oil price level over a longer period of time. In this scenario, GDP growth in 2021 would be 2.6%, with a 0.7% decline in 2022 and 0.6% growth in 2023.

The main risk to the outlook, according to the WB, remains the pandemic and its evolution, and new sanctions may also worsen growth prospects. The WB followed the market in assessing the recent round of sanctions as relatively painless. "The latest sanctions against Russia's sovereign debt do not threaten the country's financial stability, given the significant amount of macrofiscal reserves and the relatively small share of foreign investors among holders of Russian government bonds, which can be offset by domestic investors," the report said.

The bank also notes a downward trend in potential growth in Russia, which has emerged since the global financial crisis. "While near-term economic recovery will depend on the results of the fight against the pandemic, in the long term the main condition for economic development will be to accelerate potential growth by encouraging economic diversification, creating uniform "rules of the game" for the private sector, improving management, especially in state enterprises, as well as taking advantage of opportunities that changes in global value chains offer," the report says.

The green transition may create serious difficulties for the Russian economy in the future if the government does not take proactive steps towards decarbonization, the WB believes.