Samsung Z Fold 2 phone, tablet and even a netbook features 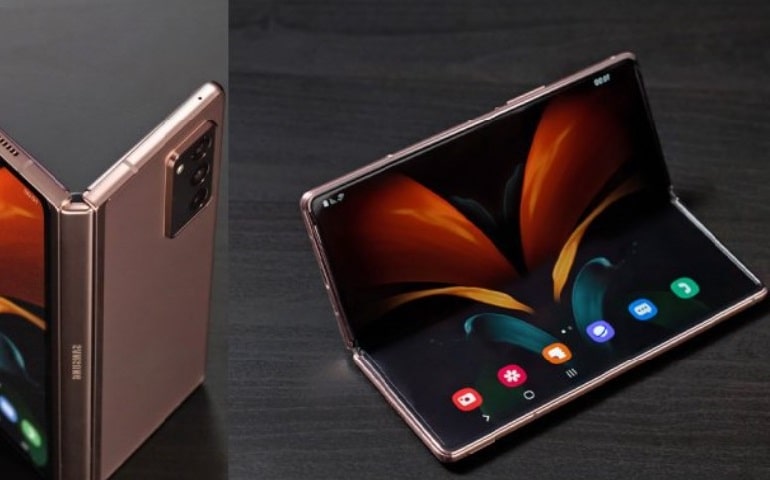 Spoiler: Samsung Z Fold 2 is worth the money. After all, this is not just a phone, but a whole portable workstation that combines a smartphone, tablet and even a laptop! And it fits in your pocket.

In this review, we will analyze the characteristics along and across, starting from the features of the display and ending with the wisdom of the camera.

The answer is obvious: to attract attention and have 3 gadgets at hand. Even Apple does not have sophisticated phones, Samsung respects the ingenuity.

In "folded form" Fold 2 is almost no different from our usual phone. Well, except for a slightly unusual aspect ratio and width. The manufacturer designed this screen for quick control of the interface and the role of the viewfinder when shooting on the main camera.

In reality, the "half" of Fold 2 can be used as a regular mobile phone. It will be appreciated by those who are used to giving advice by phone with one hand. In the case of the Galaxy Fold, it's incredibly convenient. Increased thickness for good, the phone does NOT slip out of the palm.

The unusual aspect ratio (24.9: 9) plays into your hands when browsing lists, working with social networks and messengers: there will be much more similar content than in conventional 16: 9 and even 19.5: 9 smartphones. But when watching the video will have to put up with the black stripes on the sides or "open" the phone and watch the content on the main screen

If you fold the smartphone 180 °, it will turn into a thin tablet with a "square screen" - where the aspect ratio is 11.8: 9. Therefore, it will be convenient to read, edit photos, watch and create video content.

For comfortable use you have to use both hands. Especially if you need to type quickly. On the wide screen there is room for space, "one right" can not cope.

In this position, the mobile phone includes an interface that divides the open application into 2 zones - the lower and upper screen. At first, working on such a laptop is inconvenient, but gradually you get used to getting a miniature laptop that fits in the palm of your hand.

There are three steps you can take to initiate micronut mode.

The flagship has a reversible charge, which will allow you to charge another cell phone or accessories without wires. Power - up to 9 watts, which is enough for wearable gadgets. Despite the fact that there are actually 3 screens, Samsung saves energy: 7-12 hours - with active use without complex programs and games; 15-25 hours - with moderate use of the device.

The mobile phone combines a phone, tablet and even a netbook! It will be appreciated by those who have to work with large amounts of data, but it is not more convenient to carry a laptop or iPad. In such scenarios, it replaces these 2 gadgets - data transfer works flawlessly.