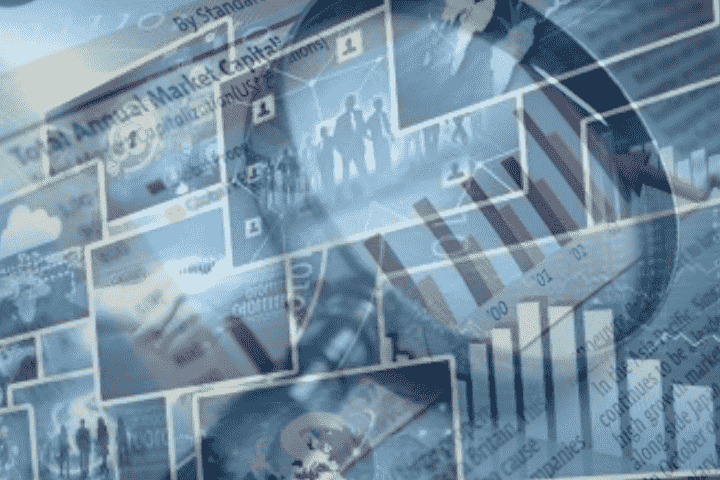 Trading week starts in anticipation of positive changes in the balance of the energy market. The “fear index” indicator, staying above panic levels, nonetheless demonstrates a downward trend. This indicates a local decrease in tension and an improvement in market sentiment towards risky assets.

From the front of the fight against the epidemic, there are no encouraging signals to stop the infection. The global relative mortality rate has renewed highs. Tough measures taken to humanitarian and geographical containment of the epidemic can still lead to the early passage of the acute phase of the crisis.

The trade wars of black gold producing countries have recently been caused by a record drop in demand for raw materials amid a global pandemic. Our estimates come down to increased short-term price sensitivity with a medium-term recovery of oil quotes above $40, which will inevitably give strength to the currencies of export-oriented countries.

On Asian sites, there is growth.

Chinese sites are closed on the occasion of the national weekend.

The resumption of social and economic ties is somewhat delayed, despite the full restoration of industrial activity in China and an almost 100 percent recovery rate. In relation to the global risk capital markets, as well as the currencies of emerging economies, China's financial markets are experiencing stability. With a more than 20 percent drop in global stock markets, the Shanghai Composite Chinese index has fallen less than 10% since the beginning of the year, the yuan national currency weakened by only 2%, with an almost 30 percent devaluation of the BRICS currencies.

China’s foreign trade activity is limited by the closure of many product sales markets in the EU and the USA. Limitations are caused by coronavirus. On Monday morning, according to the Hopkins Institute, the total number of deaths in the world from the virus reached 69,460 people, almost 1.275 million cases were detected. Thus, the relative mortality rate from the total number of cases has updated highs above 5.4%. Probably, the acceleration of the spread of the virus will be observed throughout the week.

The Japanese market is gaining more than 2% after a strong fall last week. The Nikkei stock index at the end of March completed a correction from a more than 30 percent market decline since the beginning of the year. The reason for the outperforming global markets of downward dynamics lies in a significant drop in the country's macro-indicators. The recession of the Japanese economy is taking shape.

The Japanese yen is declining rapidly amid weakening negative sentiment on global markets and the stability of the US dollar on the world stage. Trading on the USD / JPY currency pair: 109 takes place at two-week highs. Earlier, we identified the level in the region of 107 beginning of April as a reference for the resumption of the fall of the yen. The dynamics of the national currency of the country, which acts as an indicator of risk for professional participants in the financial market, reflects a decrease in the protective function of the safe haven tool and an improvement in sentiment.

Thus, the susceptibility of investors to negative factors is dying away. On the contrary, expectations of a pandemic stoppage and the formation of a low base of macroeconomic indicators translate into inhibition of the downward movement of stock markets and the restoration of risky assets according to the industry principle. In recent days, the oil and gas industry is feeling the best against the backdrop of stabilization of the energy market. Probably, such dynamics will continue.

The fall in labor market indicators continues to negatively affect investor sentiment in US stocks. The week was closed on a minor note with a decrease of more than 1% of the country's leading indices. On Monday morning, we see a sharp increase in stock index futures. S&P 500 futures are traded with an increase of 3% to 2570 p.

An indicator of market sentiment is an indicator of stock market volatility based on future assessments of market participants. Thus, the VIX index from extreme values above 80 p. Of the third decade of March decreases to the border of panic sentiment at 40 p., Purchasing activity to achieve which is likely to decrease. However, long-term risk assessments are on the buyer's side.

Earlier, we noted a high probability of a short-term presence of the “indicator of fear” in the field of extreme values and its early reduction. The emotional component is reduced, and market participants begin to analyze the extent of deterioration in the operational and financial performance of issuers of securities. We do not exclude a further movement of the volatility index down, which in the medium term will inevitably lead to an increase in stock indices.

The fundamental reason for the change in short-term sentiment is due to expectations of consensus of energy powers. Pikings