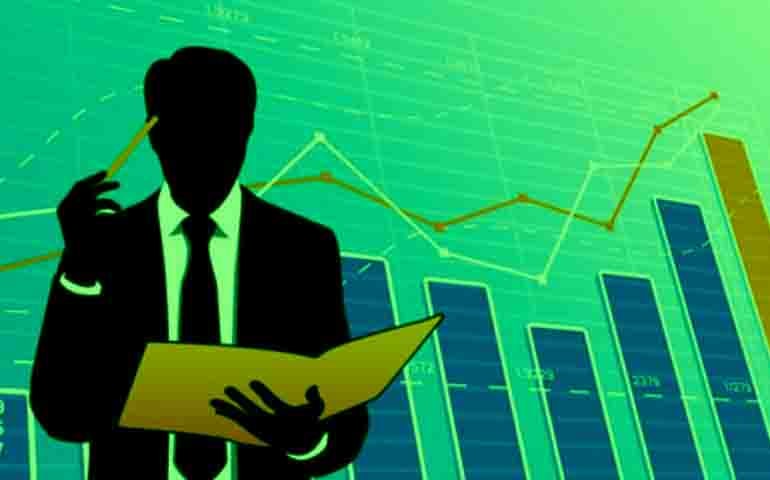 During geopolitical, military and trade risks, the market remains highly volatile and often changes sentiment. At such a time, the main driver of the market is the fear of investors about the unknown, which makes them look closely at other assets.

Thanks to general fears and pessimistic sentiment, cryptocurrencies have received significant support since May. The reason for this was a general aggravation of risks due to the escalation of trade tensions between the United States and China. This was confirmed by the almost instantaneous growth of the main cryptocurrency Bitcoin (BTC). Bitcoin's rise coincided with a crash in stock indices, including the DOW 30 stock index and a significant rise in the VIX index. The index reflects the volatility of the market and also indicates the nervousness of the market, also called the "fear index".

The DOW 30 and VIX are highly inversely correlated, so you can follow the same index. Judging by the above chart, both indices are leading indicators for this currency pair and the cryptocurrency market as a whole. On older timeframes, these indices form reversal extremes, which can be regarded as a very positive signal for the cryptocurrency market and negative for the stock markets.

In addition to the general risks on which cryptocurrencies have received support, geopolitical risks are worth noting. So, cryptocurrencies, including bitcoin, are decentralized currencies. They are not controlled by banks. Let us recall all sorts of sanctions and bans by the United States against Venezuela, Iran and China. They acted as a factor in increasing risks. It can be safely noted that cryptocurrencies act as a kind of exchange currency in the turnover of authorized countries.

So, for example, let us recall the recent case with the unloading of Iranian oil in the ports of China. Iranian oil was completely under sanctions. Bitcoin could act as a currency of settlement, which is very convenient in current conditions.

Separately, it is worth mentioning the fact that most digital exchanges traded in cryptocurrencies are somehow based or refer to China or the Asian region. It could also indicate an increase in demand from Asian investors and businesses, which remains under pressure from trade duties.

Despite all attempts to populate the cryptocurrency and an increase in institutional support, it was possible to achieve only partial recognition of the crypto market by world central banks. The popularity of such currencies, their security and level of use remains very low. In addition, it is worth noting their high volatility.

But, despite the obvious disadvantages, the main advantage of the cryptocurrency is its secrecy. In the face of uncertainty, it acts as a safe haven asset. Although, due to its nature, the crypt retains high volatility, which is not inherent in classic safe assets.